Are church exemptions in jeopardy? If you follow church accounting news, you know there has been quite a controversy surrounding the IRS, the Freedom From Religion Foundation (FFRF), and church exemptions. 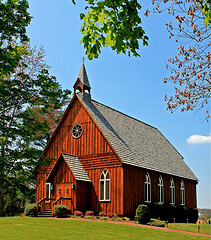 It all began in 2009, when a Minnesota church successfully challenged the IRS over its procedures for auditing churches.

The judge in that case ruled in favor of the church.

The court decision meant the IRS could no longer audit churches until its church audit procedures was revised.

Then in 2012, the FFRF filed lawsuit against the IRS's alleged “preferential treatment of churches”.

They claimed that the 501(c)(3) tax code provisions make it easier for churches to get and keep tax-exempt status than other nonprofit organizations.

Their complaint was that this exemption violates the First Amendment’s prohibition of an “establishment of religion” and the Fifth Amendment’s guaranty of the equal protection of the law. The Freedom from Religion Foundation v. Werfel, 2013 WL 4501057 (W.D. Wis. 2013).

The FFRF alleged that they were required to file a “detailed application” (Form 1023) and pay a fee before obtaining tax-exempt status, and since then has been required to file “detailed, intrusive and expensive annual reports” (Form 990) in order to maintain that status, but churches are not required to do either of these things.

Churches that meet the requirements of IRC section 501(c)(3) are automatically considered tax exempt and are not required to apply for and obtain recognition of tax exempt status from the IRS. Churches are also exempt from filing the long and tedious annual information form (Form 990) with the IRS. See this page on tax exempt status for churches.

If the court rules these church exemptions violate the First Amendment’s prohibition of an establishment of religion, churches will have to file the official exemption application (Form 1023) and file an annual information return (Form 990) which can be nearly 100 pages long with all of its schedules and requires the disclosure of highly confidential financial and operational information.

This could prove to be very costly for small churches that rely on volunteers that many times have little or no accounting knowledge. Those churches will probably have to hire expensive tax professionals to meet those unconstitutional requirements.

In my opinion, this case threatens the very foundation of our Constitution. The First Amendment guarantees the freedom of religion and the separation of church and state. Our founding fathers built this country on this very principle.

Please take time to pray about this case and I will keep you updated on its outcome.

(update: August 11, 2014) Last month, the Freedom from Religion Foundation (FFRF) agreed to drop its lawsuit after "receiving satisfactory assurances from the IRS that it has resolved internal policies preventing examination of church politicking claims, and no longer has a blanket policy or practice of non-enforcement of political activity restrictions."

The disturbing part is that the IRS has refused to release details regarding its settlement with the FFRF.

So while the FFRF is claiming a "major victory", the rest of us have been left in the dark regarding the "IRS's new policies and procedures for auditing churches" and the details of this settlement.