Church Funding On the Books

True Story. I am speaking to a situation I've been made aware of recently and I don't know how to advise.

Lost money for a new start up church had been "misplaced" in our network of churches accounting department.

It had been on the account but then accidentally deleted when upgrading to a more manageable computer program. With that said, the churches bottom line lost half their original funding. They had made up the "lack" by the pastor voluntarily going off salary.

Six months later when they were in the black, the organization had found the lost money and put it on their account.

The pastor had expected to get some compensation back, as they only had given it up at the networks urging. Is it wrong not to pay the budgeted salary back?

Moving forward at the end of their first year there is only a 25k cushion (8 months of income and expenses) taking them into the next year. What is reasonable to withhold?

Everyone wants a win but I was wondering if the length of time (2 years!) might also be a factor as I'm not sure how long funding could be withheld without compensation. 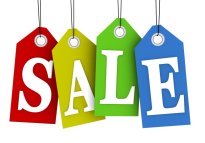